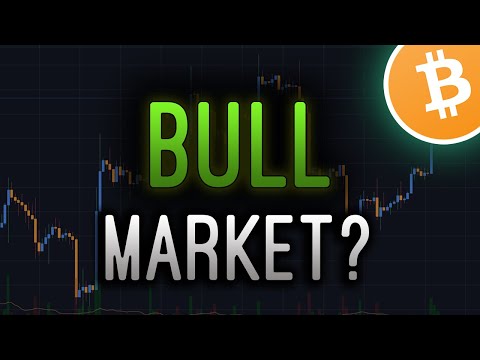 The Future of Cryptocurrency in the Philippines

Emerging Technologies by 2020 As we come to approach a new era of technological revolution this coming year 2020, the rise of artificial intelligence (AI), Fifth Generation Cellular Technology (5G), Internet of Things (IOT) and Blockchain technology, these technological innovations would undoubtedly disrupt most of our traditional Industries here in the Philippines as we know it. (Hold that thought for a minute.)
Current Situation of the Crypto Industry in the Philippines
Facebook, Twitter, and Instagram are among the top picks where most people get their news. It is then obvious, that most marketers, journalists, and influencers, take advantage of these mainstream social media channels as the perfect medium to promote their digital currency of choice or ads to reach a larger target audience compared to the traditional newspapers or postal mail.
These have its pros and cons. As the cryptocurrency space is gaining popularity at a rapid rate, more and more Filipinos are enticed to seek refuge to the promises of guaranteed and instant returns “get rich quick schemes” from networking companies to Ponzi schemes, and cyber scamming sites, just to name a few.
The innovation of the blockchain technology using cryptocurrencies especially bitcoins has also been a godsend for criminals. Money laundering through various casinos in prominent cities in the Philippines has been rampant, as transactions through Bitcoin is easy and convenient while tracking the original money is near impossible.
Extortion also play a major role. We may have no major reports of extortion here in the Philippines that involves crypto (AFAIK) but just recently, Binance a big player and the top cryptocurrency exchange by far with an average of 13–15 million users worldwide (according to a recent interview with CZ), has been in the social media radar due to an extortion attempt to their company, on an alleged Binance Know Your Customer (KYC) data leak.
With all the fear, uncertainty and doubt, it is obvious that the common response of most Filipinos, when asked about cryptocurrency in general (especially when asked about Bitcoin), is that it is a scam, a Ponzi, a bubble, and the most convenient medium of exchange for drugs, terrorism, pornography, human trafficking etc etc. which is (IMHO) partly true.
Mainstream adoption of cryptocurrencies in the Philippines
A study made last January 2019 by Napoleoncat reveals a total of 74,850,000 Facebook users in the Philippines. That accounts for roughly 68.6% of the country’s entire population. What does social media demographics have to do with cryptocurrency in the Philippines as you may ask?
As Facebook recently announced its development and launch of its Libra coin by 2020, along with the deployment of 5G, IOT, AI and the continued improvements of the blockchain technology. Imagine the 68.6% population of Filipino Facebook users that will be exposed to the convenience of this technology. There is a good chance that this will pave the way for Filipinos to finally get involved and adopt cryptocurrencies for day-to-day transactions.
Aside from the internet usage, remittances from Overseas Filipino Workers (OFW) would certainly play a major role as remittances have a proven track record of being the top dollar earner among all financial sectors for the last 2 decades. It is also a proven fact that OFW remittances is currently the biggest economic lifeline of the Philippines apart from the BPO Industry.
Let us say cryptocurrencies get adopted in a year or two, thanks to social media and Facebook as a common past time of Filipinos (no pun intended). Everyone would enjoy a safer, more efficient transactions, with zero to minimal transaction costs, instant cross-border money transfers or payments, transparent transaction history and the coolest thing, this could all be done with just a few swipes on a smartphone.
Compare this to the current traditional remittance transactions which usually takes days to transact, staggering 10–20% transaction fee, heavily centralized, meaning you have to spend a few minutes to hours just to find the nearest remittance center (pera padala center) to execute your transaction, think about it, think about how inefficient and unfair that is in our current technological state.
We are coming to the point that these major financial intermediaries like banks, remittance centers, and financial companies will be eradicated and replaced by smartphones. Sure, the idea seems overrated but it is already happening. Just take a look at some of the countries that are currently experiencing hyperinflation, where their currency is losing value at an alarming rate.
The people of these countries no longer trust their banks, nor their government. Instead, relying on the use of smartphones to transact and convert their money through various crypto-coins has been the only proven way that works to hedge their financial assets, their life savings, from hyperinflation.
In conclusion:
It is no longer a question of “will cryptocurrencies be adopted” in the Philippines, but a question as to when. I firmly believe, with the growing community of Filipino crypto enthusiasts, surfacing in various social mainstream Media, promoting the use case of blockchain technology, we are going to be an influential part of this financial technological revolution sooner than expected.
People want freedom, the freedom to transact anywhere, anytime, with no limits. People want something that is efficient, transparent and safe with fair transaction costs and seamless that it happens in an instant. People want full control of their finances, and these technologies we have is the key. The key that will promote a decentralized system that will eliminate the traditional financial problems of transparency, corruption and economy unevenness here in our country.

Best Bitcoin Sites and Free Bitcoin PTC earning sites in 2020. Claim Free BTC right now. Listing Highest paying bitcoin faucet 2018, 2019, and 2020 Find the best platforms to earn a return on your Bitcoin and calculate estimated return from Compound, Binance Lending, and more. 🎉 Our October 2020 Monthly Cryptocurrency Report is here🎉 The rise of Bitcoin, total crypto market cap yearly-high & much more! EN . Language. English Deutsch Español Français Italiano język polski Limba română Magyar nyelv Nederlands Português Svenska ... Once a Bitcoin transaction has been made, it is verified by a peer network of computers, each of which keep a copy of the Bitcoin ‘ledger’. The Bitcoin Ledger is the digital record of all transactions ever made. Once the peer network agree that the transaction did take place and to what value, it is then effectively ‘locked-into’ the Blockchain ledger. Consequently, as more time passes ... Binance in my eyes is the big game changer in the cryptocurrency space. Fees are low, plenty of volume so easy trades and the layout is very functional. My only problem was at the start as it is a intermediate to advance exchange, but if you can learn to master this exchange then it will be your best friend. Binance always have something running like a airdrop or a lottery to keep users ... Bitcoin Mining is very big business and lucrative for those who can achieve it at scale. The value of Bitcoin has seen huge leaps in recently times. Consequently, mining Bitcoin has become the domain of very well funded firms. Firms who often build dedicated server farms full of the highest specification servers for this sole purpose. For the average Joe, it is no longer regarded as feasible ... #2 Binance: Binance has become the #1 crypto trading website in the world. It is estimated that last year Binance made more money than the London Stock Exchange Group! That’s saying something (although that was at the peak of the crypto mania of 2017). Still, if you’re looking to invest or trade in Bitcoin, Ether, and other cryptocurrencies, you should definitely make Binance your first ... Top 100 Richest Bitcoin Addresses. Bitcoin distribution. First Input, Last Input, Number Of Inputs, First Output, Last Output, Number Of Outputs, Balance Most bitcoin mining has been taken over by large corporations that can afford to scale, pay for the hardware and electricity needed to do it efficiently, and turn a profit after everything is paid off. They put themselves in locations where they can run their equipment without paying extraordinary bills for electricity, reducing their overhead, and increasing their profits over time.

Los Angeles, CA- A lot of people are yelling about Binance- this shows you how many people are addicted to altcoin gambling and have no concept of the Bitcoin strong hand. The All-star panel made ... BITCOIN kurz vor BIG MOVE - John McAfee auf Twitter - Alles nur FAKE und PR?! DASH & Bitcoin Suisse - Duration: 14:20. Finanzielle Freiheit dank Kryptowährungen 3,017 views This bitcoin market trading analysis applies to various exchanges, including Bitmex/Bybit and Binance. Tackling questions like if Bitcoin can reach 20k again and if we will be seeing a crypto ... #bitcoin #EarnCrypto24 #Binance Hello watch full video do subscribe for more airdrops also create new account in Binance with My Link and Get 20% Commission ... ChainLink looks to be taking a uptrend we look at its key point. We also take a look at the S and P 500 to see if this could be a leading indicator for BTC o... 09:25 Binance & the Tether Cartel 11:54 Binance is Not Reducing Tether USDT Holdings 13:02 You Can't BS A BS'r: Binance Will Fail 13:48 Stop Using Binance! 14:12 Outro 📺Watch These Videos Again📺 BIG MOVE FÜR BITCOIN in nächsten 24 Stunden?! Hier findet Ihr die Charts von Opticalartcrypto.com: https://opticalartcrypto.com/ 🔥🔥Hier geht es zu den brandn... Binance is also offering a reward of 20 EURO to the first 5000 users to register at www.binance.je.so go ahead guys and grab the opportunity to be in the first 5000 users but users has to complete ...